Activating the legitimacy of culture by fundraising: The use of cultural crowdfunding in Japan during the COVID-19 crisis

This paper examines how cultural crowdfunding (CCF) was used during the COVID-19 crisis in Japan. Based on the theory of participative turn in cultural management, we find that CCF revitalises culture by bridging the gap between cultural practitioners and citizens. To examine the new dynamics of CCF in Japan, the authors studied a series of emerging CCF campaigns and examined the case of Ohara Museum of Art,
comprehensively. Cultural practitioners strategically used CCF to tap into new groups of supporters and maintain cultural infrastructure that was not fully covered by public funding. This paper concludes that the current emergence of the CCF demonstrates a new form of trusting relationship between cultural practitioners and supporters, in which Japanese citizens use the CCF not only as a tool for transmitting grants, but also as a platform to express their appreciation for local culture.

2022 (1)
Arts Practices and Cultural Policies in Conditions of Disaster 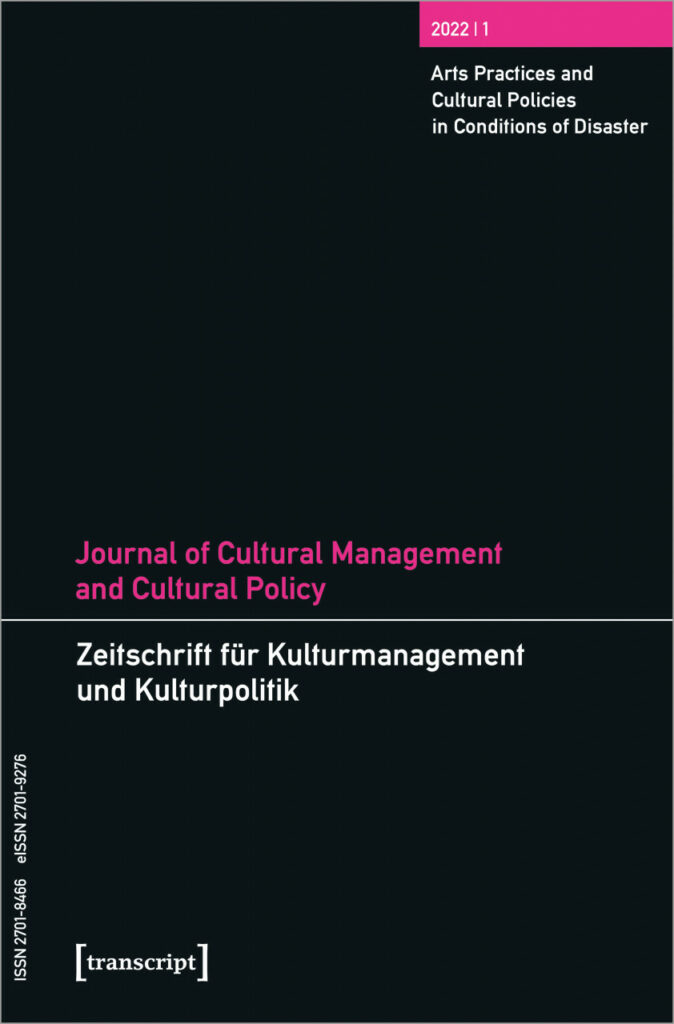