Based on the example of the evaluation of a dance festival, we demonstrate that under certain methodological preconditions, evaluations can also have a mediatory function – often already during the evaluation stage itself. This is particularly the case when there are different clients and complex stakeholder arrangements as well as latent conflicts of interest, which is often the case in publicly funded cultural initiatives. Mediatory work during the evaluation stage can contribute to considerably increasing the extent to which the recommendations are taken on board and put into practice. In this case, the focus was on the qualitative research design of the interviews, which were carried out with all relevant stakeholders in the complex structure of institutional and political bodies sponsoring the dance festival. Drawing on the idea of the fourth generation of evaluations, which emphasizes the involvement of participants and dialogical aspects, the interviews were carried out using the Grounded Theory methodology. This approach started off a dialogue, as a result of which the reflections of the individual positions and an increased appreciation of the others’ arguments led to the different sides moving closer together. The interviews, evaluated according to an open coding system, enabled the development of five priorities, which served as the basis for recommended courses of action. For the theory and practice of (cultural) evaluation, it can be seen that linking the stakeholder analysis with the Grounded Theory approach in the interview part enabled a mediation process, the results of which are very significant for the relevance of an evaluation. It thus becomes evident that in addition to the four traditional basic functions of evaluation (recognition, control, development, legitimization), mediation represents a further functional option which can be used in a deliberate and targeted way, and which noticeably increases the acceptance of the evaluation results and the likelihood of their implementation. 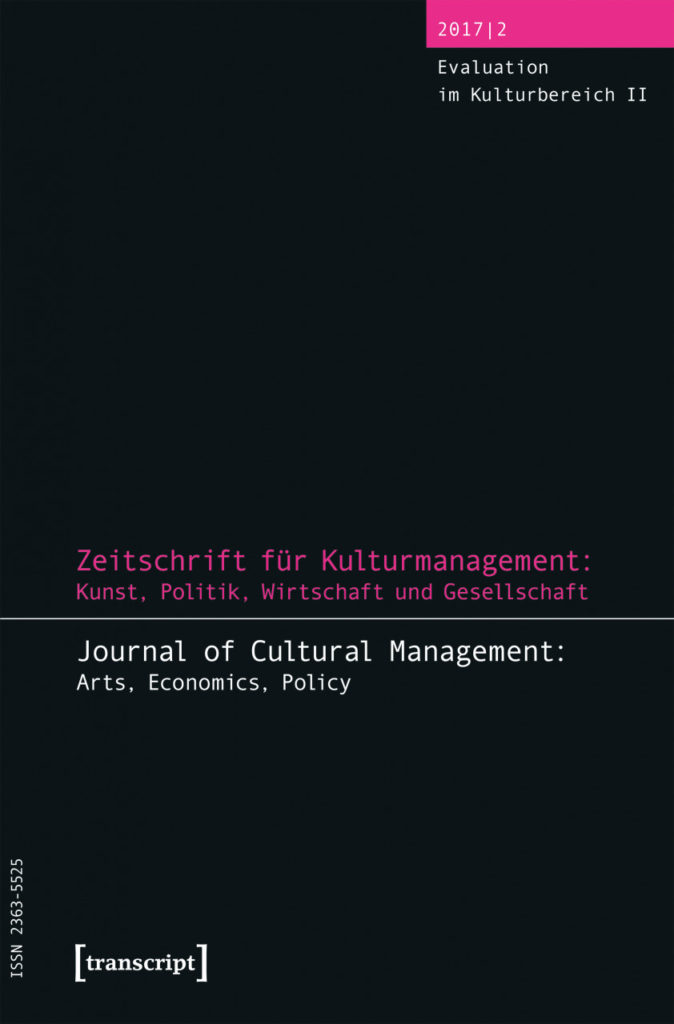