Beyond the Propaganda: A Critique of the 2016 Manifestos of the NDC and the NPP Towards the Creative Arts in Ghana

Transformation and Upheavals: The Effects of Crises and Conflicts on the Arts
Journal of Cultural Management and Cultural Policy

Political parties in Ghana have been presenting their vision, aims, and policies in their manifestos in recent years. In the run-off to the 2016 general elections in Ghana, political parties launched their manifestos which contained promises covering various economic sectors. In this paper, I critique the 2016 manifestos of the two leading political parties in Ghana, the National Democratic Congress (NDC) and the New Patriotic Party (NPP), towards the creative arts. I employ a qualitative content analysis to examine the parties’ cultural policy promises. The findings reveal a mixture of both explicit and implicit policies. Even though these political parties have great promises for the creative arts, they fail to enumerate when and how they are going to implement and finance such promises leaving them, ultimately, unfulfilled. I conclude that governments must give explicit explanations and provide concrete timelines to indicate when and how such political promises will be implemented.

2021 (2)
Transformation and Upheavals: The Effects of Crises and Conflicts on the Arts 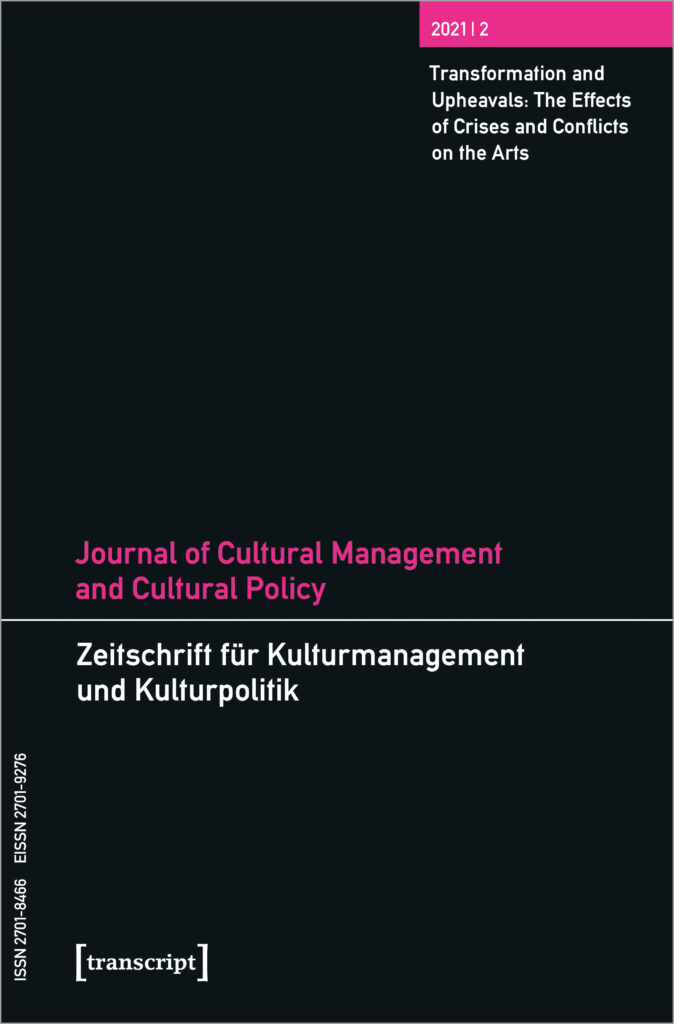